General information on the pygmy hippo

The pygmy hippo is native to the swamps and forests of Western africa, often being very illusive and difficult to study as they are a rare species of nocturnal mammals. It is predicted that due to recent human activities only 3,000 remain in the wild. The Pygmy Hippo weighs 1/4 of that of its common cousin (the common hippopatamus) weighing in at only 180 -275kg (considerably small for a hippopotamus). They can reach up to 150 cm in length and can grow up to 30-55 years old (though 50 is quite an outstanding age for this magnificent creature). Its small size leaves it vulnerable to crocodiles, pythons and other larger prdators.

It's diet consists of mainly ferns, broad leaved plants and fruit. They set out at dusk to forage for food and will,on average, spend about 6 hours foraging and eating its food. They often give birth to one calf every 210 days, only mating and giving birth in the water, as soon as the calf is born it already has the knowledge of how to swim. At birth the average baby will weigh between 4.5- 6.3 kg. 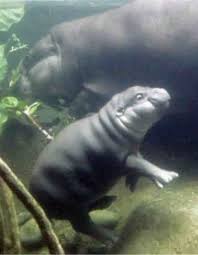 main reasons for the endangerment of the pygmy hippopatamus is the same for many; logging, habitat destructon to make way for farms and ranches, poaching for traditional chinese medicines and for the black market and a mix up of evolutionary patterns. The story is the same, there are 3,000 pygmy hippopatamuses left in the wild, it is up to us to save them. 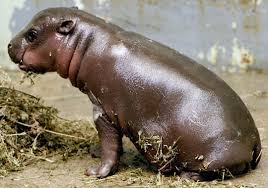