General information on the Florida panther

The Florida Panther is also known as the mountain lion, puma, cougar and the catamount. It is highly threatened and lives in forests and swamps of southern Florida. The cougar is Florida's state animal, chosen in 1982. A male panther weighs about 70 kg; their range includes the Big Cypress Preserve, Florida Panther National Wildlife Refuge and the Everglades National Park.

The population of today's is now only 5% of its historic range; this is around 80-100 left, this makes the most expensively protected feline in America since it was put into an endangered list in 1973; it has been protected from hunting since 1958.

A major problem with the panther is that due to persecution, the panthers are now in a very small population that leads to inbreeding. The main factors of their mortality rates are collisions with vehicles and territorial aggression amongst themselves; however the largest threats to the population is habitat loss, habitat degradation and habitat fragmentation.

Recovery efforts are underway to conserve the population however this is difficult since a breeding unit (one male and two to five females) requires 500 squared km; therefore 240 panthers require 31,000 squared km and enough genetic diversity to prevent inbreeding, therefore such a large area will be hard to get hold of. 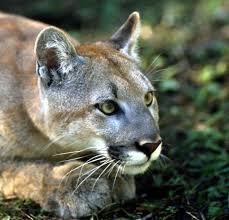 General Information on the Black Panther

The Black Leopard or more commonly known as the Black Panther are melanistic which gives them their dark colour - the gene named melanin gives dark coloured skin and pigment. The panther is, in its own right, a leopard due to the rosette patterned coat that can be faintly seen in certain angles in the sunlight. Their most common habitat are in forested areas high in humidity in India or in Africa so their coloration gives them an advantage when hunting; however there are reports of wild panthers found in the USA and the UK. The leopards are the most agile climbers of the big cats and descend from trees headfirst; they are known for their ability to go undetected and called the 'ghost of the forest'. This feline is not fond of water but are strong swimmers. The black panther is usually nocturnal and solitary but have been seen active occasionally in small groups of 3-4 during daylight. 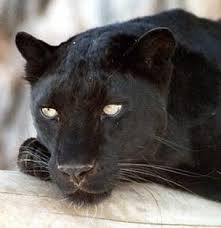 Human Involvement: Black panthers are hunted by poachers for the adventure and for their beautiful pelts. Due to habitat loss from humans moving into their natural areas, they become forced to find prey in the form of humans and livestock; unfortunately for these stunning felines, farmers kill them via poisons, traps and shooting to protect their animals. To tell the truth.... it is not the black panthers that damage agricultural areas that much but the wild pigs and baboons; these animals happen to be the panther's main prey so the farmer's situtation is made worse by his/her own doing. Therefore RHN can conclude that killing these big cats is morally wrong and incredibly pointless.

Environmental Dangers: The reduction of their natural habitat does not only make their living space smaller but the amount of food available for them; due to fragmentation and degradation of their habitat, this also leads to inbreeding (mating with close relatives) this interferes with their immune system which makes them more susceptible to diease. Environmental contamination (e.g. mercury) poisons them. 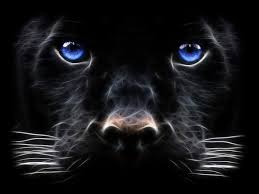