The Truth Behind Oil

The truth behind oil is the fact that we accept it as a given resource, no questions asked. We have an urge to use the product excessively. We do not have the strength to say no to oil as it controls the world. The government cannot restrict oil companies as they are corrupted by them. People see terrorism as today's threat but what about oil? If terrorists had spilled oil on the gulf of Mexico on such an environmental damaging scale as BP had done, legal actions would be taken. We ask you to say NO to oil and all of the corruption it brings to the world. 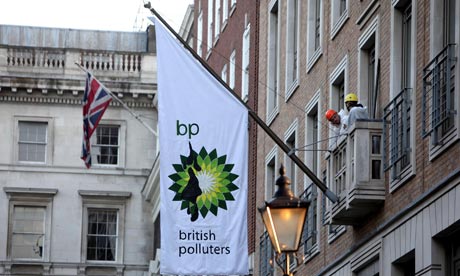 Kenya is one of the most oil rich countries in the world yet one of the poorest nations in the world. Corrupt leaders ravish the land of its oil causing devastating affects to the land and habitat bringing health issues, wildlife issues and waste issues. Shell promises to roll out medical centres throughout Kenya as they suck dry the land of oil yet they start these projects that are never finished. Kenyans are stranded between corruption and powerful oil companies destroying their land.

The Iraq invasion was said to be a crackdown on terror, and yes it is true to the present day, yet was it just coincidence that Iraq was an oil rich nation too? Billions of oil barrels are being pumped out to make billions of dollars, and this was all just coincidence? Many in the U.S cabinet have even admitted that oil was the main factor in the invasion. So what does this tell us? That we can invade a country to get our greedy hands on some oil? Unfortunately yes.

The BP oil spill was one of the worst environmental devastations of this decade and the past century, affecting a massive section of the gulf of Mexico, leaving hundreds of thousands of animals helpless against the life threatening oil. Yet BP sit and shrug their shoulders as if it is not their fault and say it was an unfortunate accident.

Tar sands used to be beautiful countryside paradise, now a distraught looking wasteland used for oil extraction. It is scheduled to become a much larger project spread throughout the Canadian countryside in 12 months. So why is this bad? Well apart from the fact it will destroy an area the size of England, it will pollute the water supply, it will contribute some extremely high figures of CO2 and it will force out the indigenous people.

The Alaskan country dream is a beautiful skyline filled with purple crested mountains and dark green boreal forests surrounding. Now with numerous oil projects ravishing the land, this dream is rapidly vanishing, what for? Oil. So what about the people? Well the second most important thing is the world is money. Question answered. Soon the whole country will look like this 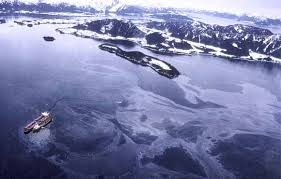 So whats next? We will run out of oil someday and lets just hope were prepared.