General information on the Dugong

The dugong are herbivorous marine mammals found in tropical and subtropical waters of the Indian Ocean and the Pacific Ocean, Eastern Africa to the coast of Australia. The largest population of the dugong is on the northern coast of Australia. They are classified as vulnerable to extinction under the I.U.C.N.' s Red List of Threatened Species.

They are long lived and late maturing like the Australian Sea Lion, but have a slow population growth rate of only 5%. They prefer to eat sea grasses in shallow waters, however their nearshore foraging habits exposes them to human activities in coastal areas. 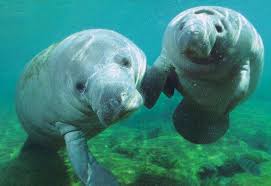 A large cause of adult mortality is of entanglement in fishing gear and drowning from it. However if they are captured alive, the fishermen will kill the animal since it has valuable meat and body parts. This dugong fishery occurs in the Torres Strait between Australia and Papua New Guinea. Therefore this shows that accidental entanglement is not the only cause of the species becoming threatened. Often dungongs are subject to collisions with boats moving at high speeds, this may kill or injure them. 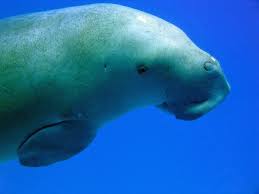