We produce so much CO2, (for example factories, cars and the burning of fossil fuels), that our fragile planet cannot cope. CO2 and other greenhouse gases trap the heat from the Sun's rays in the atmosphere so that the atmosphere warms up as the rays cannot pass out of the atmosphere. It therefore inflicts a whole new problem, as Greenland's ice sheet is melting, this results in the freshwater pushing the saltwater down therefore cutting the North Atlantic Drift a.k.a. Gulf Stream, which would result in another ice age on Europe, as the current adds enough degrees of heat to prevent another ice age, (therefore this shows that the Mediterranean climate will not appear in Britain so they will not benefit from climate change). The warm countries however will become warmer and warmer until unbearable.

Rising sea levels, from icebergs melting, pose an extremely strong threat on all of us as it will cause a severe series of massive floods in lowland countries if we keep producing such high levels of greenhouse gases. But that is not it, when you heat water it expands very slightly, however if we warm up our atmosphere and warm up the sea then that will happen on a huge scale, so this is a "double whammy." The sun has also been at its dimmest (coldest) for over a hundred years, it will most likely heat up soon. It is predicted in less than 30 years most lowland countries like the Netherlands will be completely flooded due to climate change. Its not the only thing, 200,000 acres of rainforest are being chopped down every day. Trees take in carbon dioxide, one of the main greenhouse gases and produce oxygen so they are essential to life on earth, but because so many trees are being chopped down scientists believe that if we continue we will face even harsher effects of climate change and a smaller percentage of oxygen in the atmosphere. There is discussion whether we can beat climate change, but if we can make our emissions reduce by 2015 and everyone contributes we can beat climate change otherwise we will face a runaway climate change. Global Warming is now so critical, that it has been rated even more important than terrorism. 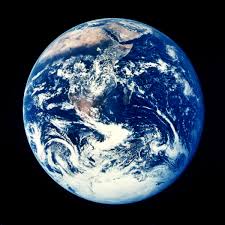