In this article I will be looking at the advantages and disadvantages of biodiesel.  Biodiesel is the name of a clean burning alternative fuel, produced from domestic, renewable resources. Biodiesel contains no petrol, but it can be blended at any level with petroleum diesel to create a biodiesel blend. It can be used in normal diesel engines with no modifications. Biodiesel is simple to use, biodegradable, nontoxic, and essentially free of sulfur and aromatics.

Recently the law was relaxed to allow people to make 2,500 litres a year for their own use, most people are working legally, but as the price of fuel rises sharply, so do criminal elements come in.

There are wars going on in to get the oil. Spanish and German companies are moving in to buy up British used vegetable oil. People are stealing it from each other and selling it abroad. A story said that one fish and chip shop in Southend was broken into just to steal the waste oil.

The aim of all biofuels is to be carbon neutral. They reduce greenhouse gas emissions when compared to conventional transport fuels. This would help to prevent global warming.

Another advantage of biofuels is that they save drivers money. The UK Government in particular has introduced many incentives to drivers of 'green cars' based on emissions - with reduced taxation dependent on how environmentally friendly your vehicle is. With petrol prices on the rise, replacing petroleum with a renewable energy source should also offer significant savings at the pump in the long term, particularly when biofuels are more readily available. 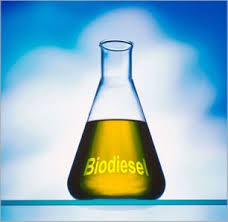 Carbon emissions  Most LCA investigations show that the burning of biofuels substantially reduces greenhouse gas emissions when compared to petroleum and diesel. However, in 2007 a study was published by scientists from Britain, the USA, Germany and Austria which reported the burning of rapeseed or corn can contribute as much to nitrous oxide emissions than cooling through fossil fuel savings.

After examining the pros and cons of biofuels, you may be left wondering if they are really worthwhile. On one hand they massively reduce carbon emissions and can help you save cash too; but on the other hand they could negatively effect the habitat of many species and aren't necessarily energy efficient at the production stage.

Perhaps the biggest hope for biofuels is that the arrival of second and third generation alternatives should lead to more efficient production and diversify the plants and plant wastes used - therefore limiting the effects to any particular habitat. But biofuels are still very much a work in progress. 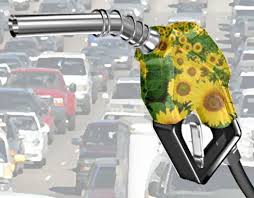